Why did you leave me?

From what I’ve read there are a number of states that people go through after losing a loved one including denial and anger among others. A few months ago I had to put my dear cat Skylar to sleep after many years of caring for him. It was a heart breaking  experience to look for ;hope one day and take him to be euthanized the next.

Making that kind of decision is beyond expression. From the vet’s office I went to the crematorium to part with my little boy forever. I returned several days later to pick up his ashes and prepared his final resting place near my home. As I was about to conduct his funeral, I got the call that my brother, long suffering from cancer, had passed that morning without awakening from a coma he’d been in for the past week.   Why did you leave me?

Within two weeks after my brother’s passing I was on a plane to the west coast to stay with my mother, my initial thinking was that I’d stay for a while, take her to the cemetery and do a service for him since she’d been excluded due to the pandemic and just figure out long range care for her. However, once I arrived, the situation quickly changed. I soon realized that my brother’s family was hidding the fact that he’d gotten Covid from them and they wanted me to leave, but their agenda was unclear. Although their motives can be surmised I can’t prove them. I accepted their rude behavior over the years when we’d get to get her and I’d be left out of conversations attributing it to not living  nearby, however I now realize my inner notion that my sister in law just had no use for me is clear. Its all about control and money. Its very sad really. She just lost her husband and has his estate and details to occupy her yet she monitors my where a bouts, my car, and has my nephew bring in other external people to try to take over insisting that I’m not taking proper care of my own mother. She doesn’t have enough on her own plate? One would think she’d be glad to have someone else here to care for Her husband’s mother as she works and is shutting down his business. Unless it’s not about my Mom but about her money. Oh now we have it, although she inherited mucho from my brother….. what’s mine is mine and what’s yours is mine too!! No?

Unfortunately,  I’m now caring for my Mother in a way that represents me taking responsibility for her much as a role reversal,  which, of course feels very strange.  I’m doing her laundry, making meals and taking care of other daily details of life. Meanwhile I have a woman  looking in on my own house back home. It’s four months now with no end in sight.

I keep asking my brother now in spirit why he left me with such evil people at my heels making my life so miserable? I have great responsibility and yet have such burdens on top of it.

And in the quiet moments I think of my little boy Skylar and miss him. He tells me that he’s ok and no longer in pain in that little body he had. Surprisingly enough my brother agrees that his wife is not acting properly and he agrees with the defensive actions that I’m forced to take.

Why did you leave me….with this mess??

believing, Caregiving, Community, Creating love, emotional support for loss of a child, finding balance | Tagged: As you sow, be the light, characteristics of rude behavior, dealing with chaos, death, loss |

Several weeks ago, I attended a conference at the ARE (Association for Research and Enlightenment) in Virginia Beach on Our Soul Life. It concerned all aspects of the soul as in our current lifetime, past lifetimes, as well as how the soul moves through from one lifetime to another. 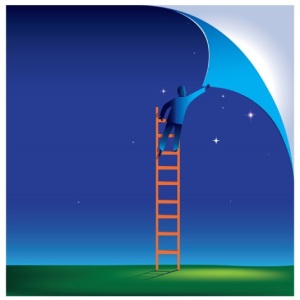 It was an enlightening conference, although this material is relatively familiar to me, since the speakers provided new and interesting information. The presentations included notable, scientific, and what I normally call left-brain (well-grounded) individuals; one such speaker was a neurosurgeon, Eben  Alexander, who had an experience of dying and describes his experience into the afterlife in his book entitled, Proof of Heaven. During his approximately 20 minutes in a near death state, Dr. Alexander experienced what he called heaven prior to being revived.  In his talk, he described experiencing levels of consciousness that included an ameba-like experience all the way up to sensing an all knowing and totally love being.

The next speaker was Suzanne Giesemann, a Navy officer who became spiritually receptive after the trauma of losing her stepdaughter to a freak lightning strike. She studied for in the UK to become a medium to make contact with loved ones that have crossed over and now helps others with their grief by such contact. She emphasized that not all psychics are mediums.

And yet another speaker, Greg Underberger detailed what his clinical experience with clients moving into a hypnotic state where they experienced contact with others in a “life between lives” state found to be extremely healing. Greg showed a video of a woman, who had suffered extreme trauma at the loss of a loved one, enter a hypnotic state only to advance into a state that appeared to transcend this dimension wherein she spoke with her dearly departed and in so doing, gained tremendous grief relief. She described the realm she was experiencing with eyes closed yet, to the audience, appeared to be interacting with other souls somewhere else. It was very interesting to watch and probably even more so for the one on stage.

All of the speakers together led the audience to wonder and perhaps take in the concept of life after death in a new, more believable way. I, for one, already believe in the continuation of the soul. Yet, to hear these stories described in such detail was exhilarating anyway. I’m sure that my summary doesn’t do the conference justice; that said, I hope that if you were on the edge, you might give the concepts further consideration.

On a more personal note, I’ve had my own experiences with after death communication when my father used me as a channel to convey messages to my Mom that she was not supposed to follow after him. The series of messages was healing, revealing, scary and soul developing for all those involved in both planes of existence. (The Circle of Life-A Journey Through Grief to Understanding) For more, see http://www.josanpress.com/store.html